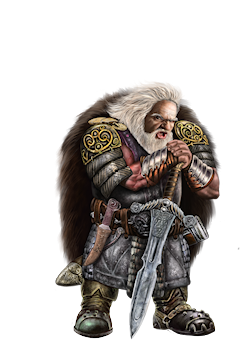 Geofrey IronShaper, Lord of Metal and Stone,  has brought his clan to settle the new stronghold of Greymalkin. Originally planning on a peaceful community, or atleast as peaceful as a trade center can get. The unrelenting abundance of aggressive wolves in neighboring territories has forced the city of Greymalkin to inact a militia.

Scribe, Royal beard brader, champion of the blind axe juggling, Wolfpup slayer, Leader of the Greymalkin Garrison, and keeper of histories and lore at Greymalkin,

Geofrey began scouting the surrounding country of Keshalia and making friends with the locals. Before long he made close contact with Johnny112 and joined Johnny's alliance HAVOC Unleashed. Havoc became a Keshalia heavy alliance and Geofrey quickly rose to a leadership position on the small council.

HAVOC soon entered a territorial dispute with Knights Templar. Words were spoken and later regreted by HAVOC, but the damage was done and WAR broke out. KT and HAVOC both being relatively new to Elgea, began small scale warfare. Thousands of troops were lost int he skirmishes and thousands of resource stolen by the thieves. Mages cast spell after spell to annoy the opposition. However KT always seemed one step ahead of HAVOC. Ultimatley KT wont out the war due to their superior numbers, timely coordination, and stronger public opinion. But the war was far from over for Geofrey.

A New Beginning of Action

After the war Geofrey broke out from HAVOC, and many of keshalia Lords followed him in the exodus of HAVOC. Affirmative Action was created. , an unlikely aliance of all races born out of the desire for action.  Their first mission was one of vengeance and justice. Geofrey had long detected a spy in the ranks of HAVOC. It was the only way KT could of attained the information they had.

After performing is own investigation Geofrey found out the spy, and began executing his justice for traitors and spies. A Coalition of allied forces from many alliances supported Geofrey's attack against the spy. A siege was enacted and led by Geofrey's #1 Commander, Volstagg, to burn the enemy city to the ground for the lord's transgressions. The siege was a success and the city fell under Volstagg's command.

Having taken care of loose ends from the KT and Havoc war, Geofrey set out to better establish his alliance. By this time Keshalia was getting packed. HAVOC had grown little in population, but a lot in settlements. The Armory and STEEL had sprung up aswell, while the Black Skull Horde and The Colony took over Mal Motsha. With the D'haran Empire to the east and Keshalia looking to be out of room for expansion, Geofrey made the decision to find a new place to call home.

A scouting team was created, and ultimatley they discovered the south eastern wing of the Zanpur Territory as a empty spot waiting for new owners. With the Desert plains, the Jungle Mountains, and the River running between Zanpur and Djebeli; the location was full of potential. After a fierce and bloody war with the orcs of the Black Skull Horde, Geofrey has relocated his prize city of Greymalkin to Zanpur. Having suffered the onslaught of the Black Skull Horde, the great city of Greymalkin pails in comparison to the Affirmative Action capitol; Blackstone.